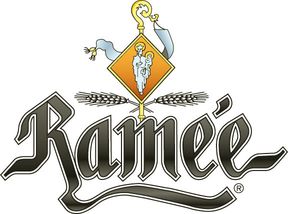 Unique historical know-how passed on from generation to generation.
The farm at La Ramée Abbey dates back to the 13th century, when Cistercian monks first settled here. After centuries of history and war, the farm and the barn became a classified monument and site in 1980. In 1990, Mr. Jacques Mortelmans purchased the buildings and started assuring their restauration.

Continuing the cultural tradition of the Abbey's past, a wide range of facilities have now been established, including a restaurant, small and large meeting rooms suitable for a variety of purposes and of course our traditional products.

Since 1996, La Ramée Abbey is indeed reviving past traditions by resuming production of its beers, its cheese and its salted meals; products which are currently sold by a dedicated company belonging to Mr. Mortelmans : Proterram SA.

Since 2004 Ramee is acknowledged as an official Belgian Abbey beer.

Every Ramée beer holds all the secrets of a unique and exclusive abbey brewing method, always characterised by:

 a strong, traditional signature
 a unique recipe, handed down from age to age
 an authentic and exclusive taste
 a delightful combination of high-quality ingredients.

Ramée beers are among the few that are officially recognised as Belgian Abbey Beers.
All the beers (Ramée Blonde and Ramée Ambrée) are brewed from GENUINE HIGH-QUALITY ingredients, with the GREATEST CARE, using TRADITIONAL techniques handed down through the ages, based on a UNIQUE RECIPE from the Brabant Hesbaye region.

Ramée beer offers a real alternative to conventional abbey beers, and is positioned in a premium quality segment confirmed by its brand. 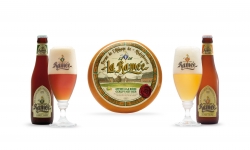